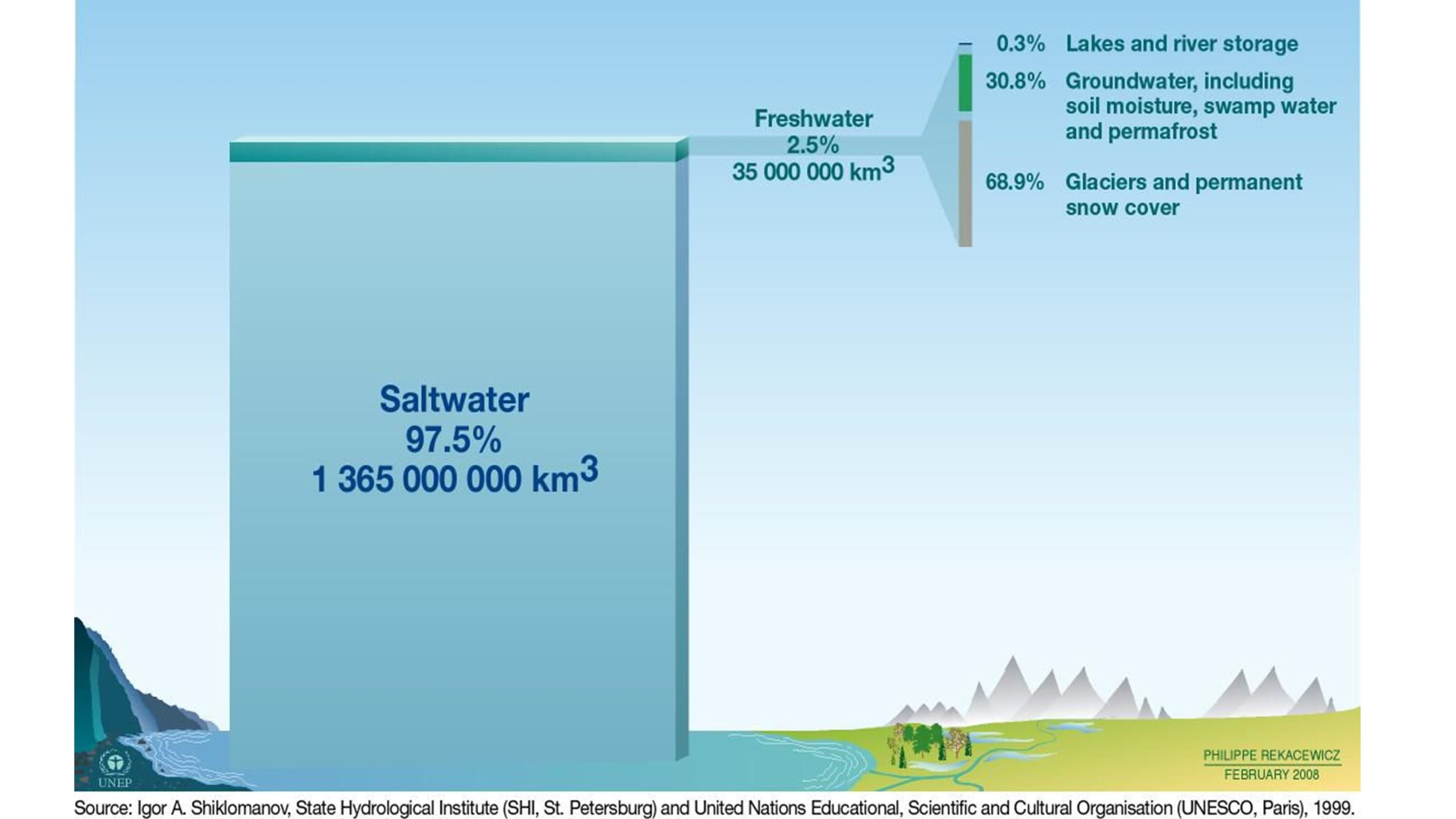 Why is Water so Important?

Of all the water on Earth, only about 2.5 percent is fresh water. Most of the freshwater is inaccessible to humans as it is in the form of glaciers or snow fields.

Approximately 2 billion people live in a country with some form of drought or problem regarding water and its distribution/management. Water is naturally recycled through soil, bodies of water, and evaporation. Freshwater has not suddenly begun to run out with the turn of the century or the rise of the green movement.

The big problem is poor management and lack of water recycling programs. In the San Francisco Bay Area for example, most homes do not have rain barrels, and most water that is used by households gets treated and then pumped into the Bay, a body of salt/brackish water.

Every drop counts because it all adds up, think of it as a game of small numbers. Pleco encourages smart water use and awareness.

With climate change, droughts are growing both in their frequency and their length. Conservation and responsible water use have never been more needed or more important.

In December of 2020, Wall Street began trading water, it now joins gold, oil, and other resources that are considered commodities.